When we hear about Artificial Intelligence, assume that it deals with significant techy works, and it does not focus on real life. But, AI Camera is used by every person around the world from morning to night.

How does AI Camara work?

AI camera can do its job; it takes to make quality images. These camera settings include image processing, automatic shutter speed and exposure saturation, colour depth dynamic range, and also the contrast. A camera does an automated sensation. The AI camera has to determine what scene type it’s looking at and adjust light conditions in the blink of an eye. It takes over to automatically tweak the settings behind the scenes for that killer shot.

Artificial Intelligence is a branch of computer science that tries to teach a computer to think, learn, and perform like a human!

AI cameras are simpler than regular cameras, which do well with Artificial Intelligence programs to deal with images and videos smartly. There are more than thousands of tools for creating images, but most of them need a human presence to lead. Microsoft found the drawing bot in its artistic way. This bot also sums some detail to images that weren’t entered in text, symbolizing that Artificial Intelligence has little imagination of its own. AI camera improves technical skills in photography. Also, it is an ever-evolving image-generation technology that may create their images in the future, instead of hiring a professional photographer.

Photography had transformed in the age of the smartphone

It has the entire nature of the process of light being captured by phone cameras. Smartphone cameras are no longer just lenses and sensors and have shaped smartphone intelligence. Thus the technology provides quality photos. Artificial Intelligence has been used to take better in low light photography in night mode, better selfies. It also adds artistic and special effects.

For instance, Apple starting with the iPhone x in 2017, added the “bokeh,” the artful blurring of elements outside the focal point. This was not achieved via aspects of the lens itself, as in the case in traditional photography, but rather by a computational adjustment of the pixels after the image is captured.

It was quite possible in 2019, and 2020s breakthrough development will be manipulating the perspective of an image to improve it.

AI camera on a device to enhance the user’s experience in a better way. Some of the ideas are

It is one of the great uses of AI in modern smartphones, where Apple space and technology are released with the iPhone x. Its essential feature is facial recognition Technology using the IR sensors. It has to login to the users. It is one of the elevating stages of the smartphone in Artificial Intelligence processing.

Animoji features are found in X series phones. This implementation had a facial. Which tracks using the same IR sensor and on devising inference processing. It allows the user to map the features of their face into an animated emoji. She is one of the best features of animation by simply mirroring it in their front.

Other companies are innovating with an app then also Google remind to the top of the level. Showing the main features on the phone is seen by constant improvement of the Google Assistant app, where it can pick up the calls for its users and speak like a human.

Smartphone companies take this feature as an opportunity and use it in the smartphone as an additional, so it gives a new and Shiny. The artificial intelligence craze is pushing the label a bit too liberally.

Show the smartphone’s future revolves around Artificial Intelligence and machine learning. So it is up to the Smartphone manufacturers to unlock its potential and push the boundaries.

Our daily work with AI Camera

We have connectivity with AI Camera daily. But how? Some of the examples are

One of the morning routines is to unlock our phone through our face ID, where Artificial Intelligence enables that functionality.

When we check out Twitter, Instagram, WhatsApp Artificial Intelligence, it helps to personalize our feed and prevent cyberbullying.

Most of our work is done through a google search. Artificial intelligence helps to personalize our goal.

Even Artificial Intelligence is also deployed in banking systems. It is mainly involved in the transaction of money to detect the forgery. It alerts us when there is a low balance account.

AI Camera had powerful photo editors who have offered 100 of the different artistic filter.

It is an app where technology takes the run-of-the-mill image Antonyms into word gorgeous paintings with its colour palettes, some of the brush strokes, and HD filters. Painnt has more than a thousand filters and also includes classical or modern etc. It renders high-resolution paintings and very looking distant art. The artwork is made in an exquisite manner. Painnt is a kind of inspiration for the artist. Get the Painnt App here.

Pikazo is an amazing app where the AI style gives a new look to the image. Pikazo’s output is entirely different and offers a unique style, and it also has several effects. Enhance high resolution, and built a good portfolio of high-quality artwork.

The lens is used in Christmas focus on the selfies, which gives a perfect tone of skin and bright Eyes. It also brings a background effect to the foreground with the bokeh effect. The app feature is an automatic retouching feature that removes the blemishes. It makes your portrait more dynamic with impressive swirly bokeh. Get the Lensa App from here.

Artificial Intelligence revolution in the smartphones which is loved by everyone. It recognizes and differentiates foreground subjects and backgrounds. It also made a change in the industry of photography. AI camera gives a variety of looks filters and effects. It is a floor of Technical and creative elements that gives a new dynamic look. So it is a kind of treat for human creativity and magic in the smartphone. Other than photography, it plays a significant role in our daily life. Like it replies to our mail-in, a smart way, commands in driving, predicting our searches, music or product recommendation or helps in the route and direction, etc. 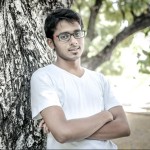