Science fiction novels have every time taken a unique shape in Abhijnan’s magical columns, and this time also it’s not an exception. The book comprises of TWO stories in a single science fiction novel revolving two thrilling expeditions of the famous female protagonist and researcher Anilikha.

The science fiction novel begins with a telephone conversation between Anilikha and her university mate Paul Owen. She invites her to San Fransisco on account of an investigation regarding the sudden disappearance of their familiar friend David Roy. Roy was professionally a wildlife photographer, rather passionately to be more specific and always plied to some uncanny areas to click some species which are indeed uncommon to the real world.

The plot of the Science Fiction Novel

The plot takes a new form as Anilikha discovers a letter of Charles Darwin who had found an island during his famous Biggle Voyage. On this island, his theory of ‘survival of the fittest’ doesn’t hold. This science fiction novel will surely attract young minds and nurture the grey cells a lot where the reader will encounter this mysterious island where only weaker species survive. Stronger ones become extinct and finally winds up with a thrilling climax and utmost flavour of humanity.

The second story of the Science fiction Novel

The second story of the science fiction novel named “Rawhoshyo Jawkhon Shonkhyay” starts with a soothing drawing-room conversation than the previous one where the discussion was going on regarding ‘savants’ or those who possess some extraordinary qualities like remembering any unimportant figures forgetting the important like.

For example, a boy, during his schooldays remembered the motor vehicle numbers of every teacher, the number of shops nearby, however, this memory couldn’t click during exams; such a boy can be called a savant.

The second story of this science fiction novel proceeds with Anilikha travelling to Italy on the invitation of Dr.Lucas who is quite vexed with his new research and needs her assistance. Soon she discovers some unnatural traits in him, and finally, the curtain falls in its usual thrilling manner with an unexpected twist at the end.

Abhijnan Roychowdhury’s speedy writing style has made this book literally unputdownable however I will mark the first story of the science fiction novel a bit upper than the second one. The book will surely be a treat for juvenile fiction lovers. 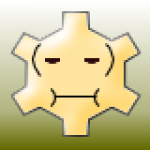