Mobile Phones are one the most important and an integral part of human life. More than half of the population uses mobile phones in most countries, and the cell phone market is growing rapidly. Among the Gulf countries, Saudi Arabia ranks first with the highest proportion of mobile users; this was found by research conducted by the United Nations Conference on Trade and Development (UNCTAD).

Billions of people globally use mobile phones, and a small increase in this incidence can have adverse effects on public health and may suffer from long-term health issues. Keeping aside all this, the number of cell phone calls per day, the length of each call, and the amount of time people use cell phones are important factors that would increase the health risk. Hence we will discuss here how smartphones are a necessary evil these days.

Impact of Smartphones in our lives

Imagining our life without smartphones in this fast-moving and globalized world is next to impossible. It is amongst the most successful inventions in the 20th century, becoming a convenient means of communication. Modern cell phones can perform many more functions and can act as a substitute for devices such as music player, camera, and organizer. They also provide the facilities of internet explorer and texting nowadays.

There is nothing strange because today we need a smart phone in all the spheres like both in our personal and professional life, but none of us notice our dependency on it and the adverse effect its excessive use might bring to us.

Too much use of mobile would have a harmful and immoderate effect on our health. The largest threat to us by our cell phone is to be diagnosed with the risk of Cancer. It has been observed that most of the people talking on the phone for several hours are victims of brain cancer due to the radio waves produced by mobile phones. Researchers have pointed out that 2 types of Brain Cancer can occur: Glioma and Acoustic Neuroma. Other than Cancer, excessive use of mobile phones is also a threat to the human Nervous System.

Apart from Cancer and Nervous risk, we may suffer from other health harm like headache, decreased attention, shortness of temper, sleep disorders, and depression, and teenagers mostly suffer all these. But radioactive waves are not the only reason for such symptoms; in parallel, there exists a sad fact that people, especially the youth, lack in human contacts and try to compensate it with cell phone communication, which is not an adequate substitute for personal intercourse.

Too much use of a mobile phone makes people addicted to it. The ling hour chats and hundreds of messages make the real world fade away in comparison. This makes people feel uncomfortable in face-to-face interaction and makes them victims of psychological problems or disorders.

Also, excessive use of cell phones is a great risk for pregnant women and their children, so they are advised to reduce cell phones during pregnancy. Some studies inform that cell phones also hurt the male reproductive system, so men are advised not to keep their cell phones in their trousers’ pockets.

Researchers have reported that texting and playing games on a cell phone are harmful to the eyes. Talking of games, it is worth mentioning that it causes irritability and aggressiveness, especially among children and teenagers.

In the world of technology and inventions, mobile phones play an important role in human civilization. But, excessive use of it may bring severe problems. Hence, it is important to reduce the harmful effects of this device.

Excessive usage of the phone also has its harm to children like:

What can be done by parents to minimize the risk?

Mobile phones provide children a sense of safety, support, and control over their lives. Talking to parents, friends, or other family members ensures peace of mind for both the child and their parents. Mobile phones allow parents and children to manage problems like the missing school buses, forgetting sports bags, etc. with ease. About 79 percent of children aged between 7 to 11 years possess a mobile phone. The number of smartphone usages, such as an iPhone or Android phone, is growing fast. About 46 percent of children now possess a smartphone.

So, the best advice is to keep a check on the duration of cellphone usage by children. If your child insists on using a mobile, or you feel they need one, encourage them to:

So, smartphones no matter how important also carries immense risk to our health (both adults and children). Nothing in excess is good for us. With great technologies come great risks. Hence, we should use mobile phones too responsibly and don’t get addicted towards them. If we act responsibly then smartphones will not be a necessity and not a necessary evil! 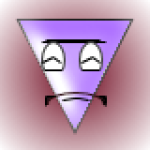 What are the 5 Incredible Uses of Magnesium? Read Here.

[…] Know how Smart Cellphones are a Necessary Evil […]