Abhijnan Roychowdhury is a well-known novelist of today’s generation, who writes some exciting thrillers based on science fiction. His thrillers cater to the interests of science fiction lovers, especially children. Let me write down a short but in-depth review of the book after reading the same.

“Anilikha” is a sharp female protagonist’s brilliant characterization by the novelist himself. Professionally a researcher, Anilikha, simultaneously involves herself in thrilling incidents, thereby rescuing the world. This book comprises of Anilikha’s two such adventures.

The first one, titled “Anilikha o Hiroshi,” revolves around the mystery of a humanoid named “Hiroshi” created by a renowned professor. The professor lost his dear ones in the Hiroshima attack on the 6th of August, 1945.

He was kind enough and always kept himself away from hatred. But still, he had some hatred in his heart against the British and the Americans as they were responsible for the attack. Maybe, Hiroshi too felt the same as his creator. The story thus leads to a journey full of suspense.

The second story is another such thriller based on sci-fi titled “Anilikha o Shei Loktaa,” which teaches a valuable lesson too. An incredible scientist named David James hates the advancement of technologies. According to him, these rapidly growing technologies had snatched many loved ones from his life.

He thereby shuts down his intranet forever. The whodunit angle of this story may become predictable before the curtain falls. But the whydunnit aspect of the story touched me very much.

Abhijnan Roychowdhury’s lucid style of writing is genuinely tempting, and this thriller is a treat for the lovers of sci-fi and suspense. So, get one copy of this book online or from your nearest book store if you are a suspense lover!

If you want to have this book just go to Amazon to avail offers. 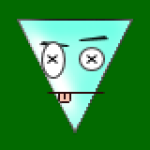