Indian users are now looking for a Shareit Alternative after the Indian Government has decided to ban Chinese app due to the recent turmoil between India and China. If you search on the Internet, you will find several file transferring apps, out of which Shareit is the most popular one. Nowadays, most users prefer to transfer files from one mobile to another with the help of a user-friendly app

Initially, Shareit was very useful, but as time went on, it started to introduce a lot of ads, which made several users uncomfortable. Still, a huge number of users uses the Shareit app as per our research. Therefore, in this article, we will discuss the top 5 Shareit Alternative, which can easily match or even outdo Shareit in all aspect.

As mentioned earlier, you will find several Shareit Alternative on the Internet, although all options cannot match the qualities of Shareit. So in this section, we will inform you about the leading five alternative apps of Shareit which you can easily install from Google Playstore.

Share All is one of the most popular Shareit Alternative which is developed by a Delhi based company. The best part of this app is that you can transfer movies, videos, apps, and pictures to any Android phones, even without the internet connection. The maximum speed of Share All can reach up to 20Mbps.

This fantastic file sharing app also supports secure file sharing with password protection so you can easily transfer/share confidential files with your trusted companions. Moreover, this app does not have any limit so you can easily transfer/share files of any size. It also supports all file formats, which is another massive advantage of this Shareit Alternative.

This app is free, so you can easily download it from Google Playstore. Currently, it is available in only the Android version. Just like Shareit, it also comes with advertisements that you must keep in mind before going for such alternative apps of Shareit.

Google Files Go is another fantastic free Shareit Alternative which allows you to transfer/share files to any other Android mobile even when you are offline. It will also allow you to manage and browse your received files.

With this app, you will also be able to clean your cache files which will eventually help your mobile to run smoothly. This app supports various file formats, so you don’t need to worry about the format of your file before using Google Files Go. The maximum transfer speed of Google files Go goes up to 480 Mbps which is much faster than Shareit’s speed. Thus it is one of the best alternative apps of Shareit.

As it is a Google product, it has high-security features, and hence, your files get encrypted with WPA2 encryption. This app only takes 10MB space on your phone, which makes this app lighter than most of the other alternative apps of Shareit.

Google Files Go also comes with ads, but the ads are not as annoying as some of the other file sharing apps since Google manages its ads. Currently, just like some of the alternative apps of Shareit, Go Files Go is only available in the Android version.

Send Anywhere is a popular file-sharing app that uses Wi-Fi Direct to transfer various types of files from one device to another be it Android, iPhone, or a computer running Windows or macOS. They are very serious about the security of their customers, so Send Anywhere uses reinforced file encryption (256-bit) for secure file sharing. After the Ban Chinese App initiative by the Govt. apps like Send Anywhere can be looked upon.

This app can send the original file size, which could be a big deal for those people who don’t want the file-sharing apps to destroy the quality of their files. This feature often gives it an upper hand than various other alternative apps of Shareit.

Send Anywhere offers both a free and premium version. The free version contains limited features, so if you want to access all the features of this app, you need to purchase the premium version by investing $5.99/month. It requires a strong internet connection to work properly, which is probably the only downside of Send Anywhere.

Jio Switch is a relatively new file-sharing app introduced by Jio. By using Jio Switch, you will be able to transfer files between Android and IOS devices as well because this app comes with cross-platform support and hence, becoming popular after the Ban Chinese App.

This Shareit Alternative does not come with any advertisements, which is its main USP as nowadays people mainly search for those apps which show minimum or no ads at all. Its transfer speed is also very high, so you can easily transfer big files with a short span of time.

In the Jio Switch, you can share contacts, call logs, calendar, and messages apart from sharing videos, apps, music, and different files. This app is absolutely free, so you can easily download Jio Switch from Google Playstore without investing a single penny.

File Share Tool was developed and published on Google Play last month by a young Kashmir boy. This app is free and takes up only 5.3MB of your mobile’s storage. It has already attracted a lot of users which is evident from the fact that within one month the number of downloads has reached 5000 marks. This app is gaining popularity after the Ban Chinese App.

Unlike Shareit, File Share Tool does not contain any ads, which is its main USP. There is no file size limit, and the transfer speed is also very high, so you will be able to easily transfer big size files within a few minutes.

This emerging Shareit Alternative will allow you to transfer files of various formats provided the two devices are on the same network. However, to initiate the transfer process, you need to give access to media files and Bluetooth.

As promised at the beginning of this article, we have discussed in detail about the top five Shareit Alternative. As per our research, we found that Shareit was ruling the market for a long time, but India’s decision to ban Chinese app has helped the apps mentioned above to come into the forefront.

Finally, at the end of this article, we can say that all Indians who are facing problems to transfer files from their mobile due to the banning of Shareit must thoroughly go through all the above-mentioned alternative apps of Shareit and eventually select the most appropriate option as per their choice. 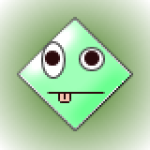 I am a tech geek and love penning my thoughts on technical subjects so I am here! Love for animals and travelling the unknown places define my hobbies. I also love sports like Cricket and to the displeasure of many Indian Fans here, I am actually a die-hard Aussie fan!

I am a tech geek and love penning my thoughts on technical subjects so I am here! Love for animals and travelling the unknown places define my hobbies. I also love sports like Cricket and to the displeasure of many Indian Fans here, I am actually a die-hard Aussie fan!

5 Blogging Tips For Beginners – Know How to Write a Good Blog Post.

5 Blogging Tips For Beginners – Know How to Write a Good Blog Post.