The Cryptocurrency market is not even a decade old but still, it is a trendsetter that took the concept of digital medium for exchanges to a completely next level. Bitcoin came into existence in the year 2009 and during this tenure, some really insane facts about cryptocurrency came into light. Here are these exciting facts that might leave you dumbstruck.

It was in the year 2009 when the real code of cryptocurrencies was developed. But the founder of the most famous kind of cryptocurrency – the bitcoin, is still unknown. Though Satoshi Nakamoto owns this credit, there is no real connection found. He even did not claim the ownership of the bitcoin code.

Bitcoin price USD was $0.003 when it just came into the market in 2009. At this cost, people barely gave any attention to it and just ignored this negligible value. To the surprise of all those people, the BTC price reached $17900 by December 2017. But then in 2018, the value falls to $6,000. Within just two months, bitcoin shed 2/3 of its value. Being highly volatile, bitcoin is termed as an asset that can bring surprising profits or losses.

4. Losing your bitcoin private key is merely losing all your Bitcoin

In November 2013, a guy lost his 7,500 bitcoins as he innocently threw this hard disk while cleaning his desk, which even had the private keys of bitcoins. When the bitcoin news is spreading, he tried searching for its hark disk but never found it. Later then in 2017, to his surprise, the BTC to USD for 7,500 BTCs which he lost was worth $19.4 million.

5. It cannot be banned

Bitcoin works in a pattern that is entirely outside the jurisdiction of the banking system traditionally used, the fundamental design on which it works given the bitcoins the ability with which it cannot be banned but it can only be regulated. People can engage in bitcoin for any time they want, all they need is an internet connection and a bitcoin wallet.

The market of cryptocurrency has become a matter of interest for the last few years. Because of its volatile nature, there is always some unexpected outcome of these bitcoins. Even though bitcoin is now facing downfall, but still the people who invested in it are still waiting for the golden time, just like it struck in 2017.

6. Bitcoins are limited to only 21 million coins

The supply of btc number is limited to only 21 million. Currently, the number of bitcoins already mined and traded is 16.3 million. have already The last bitcoin is expected to be mined by 2140.

7. Buy a lot of stuff with Bitcoin

The BTC value is such that you can buy a number of products with it. Through bitcoins you can avail the following services:

A Complete Hacking Guide for Beginners! 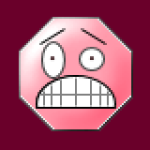